On Day 81 the ground bitmaps were loaded and their X and Y coordinates were randomly generated with random numbers. The expression used on the stream was this

In this expression the division is basically assuming that the minimum number is 0. In that case the numerator/denominator will give a number between 0 and 1 randomly distributed. However, thats not the case as we saw on the stream. Although in the stream's case the lower number is close to 0, making this almost correct. And when I use this code (with my random number table) I get this 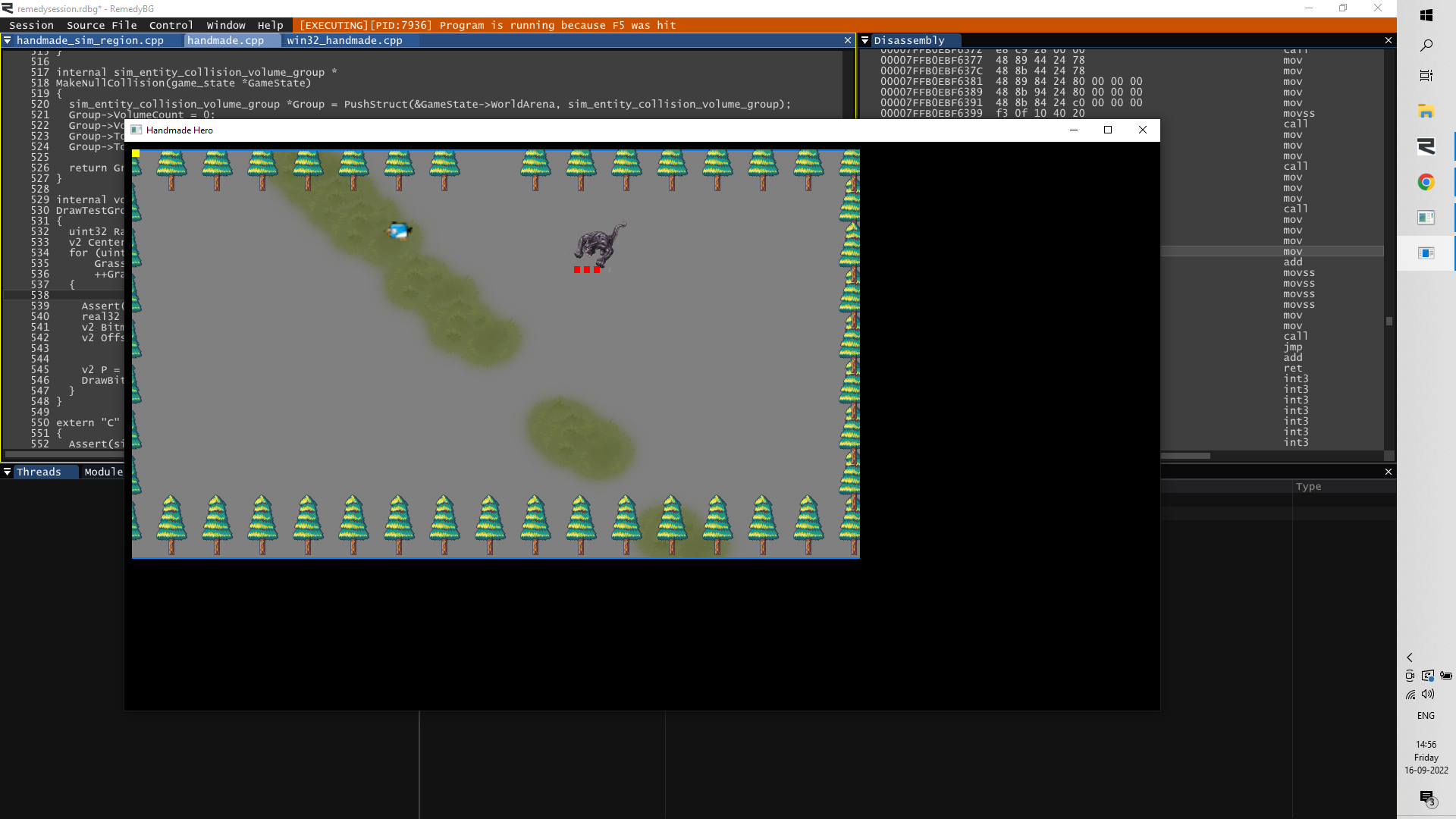 I am not sure why this is on a straight line though. The random numbers I generated came out with a higher maximum than Casey Muratori's. And Im guessing its because of that, but I can't explain why that would happen.

My min and max are these

When I modify the expression to subtract the minimum number from the numerator and denominator the grass is laid out properly. Here is the expression I used:

And the result from this is 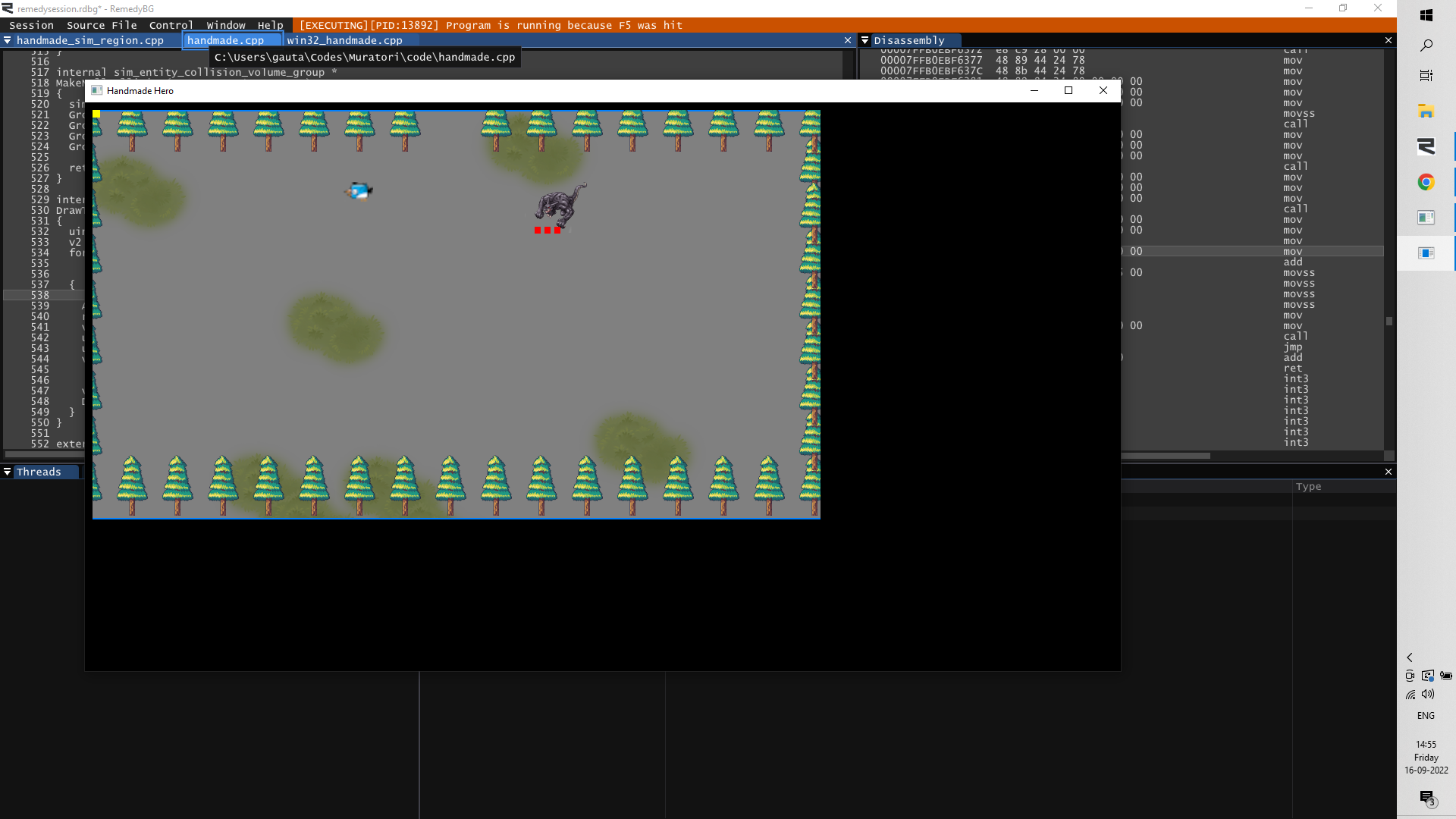 So, can you tell me why would that make a straight line?

P.S. Actually I found later in the qna part of the stream that he did point out the subtraction as in my expression above.

My gut feeling is that you are hitting the undefined behavior related to when a post increment gets committed to a variable vs. when it gets loaded for the value when 2 of them happen in the same statement.

This would lead to the same index being used twice

transforming your first code to:

should fix that particular bug.

or get the index explicitly like you did in your second statement.

Yes that was it!

With the ++ used two times in the V2 expression 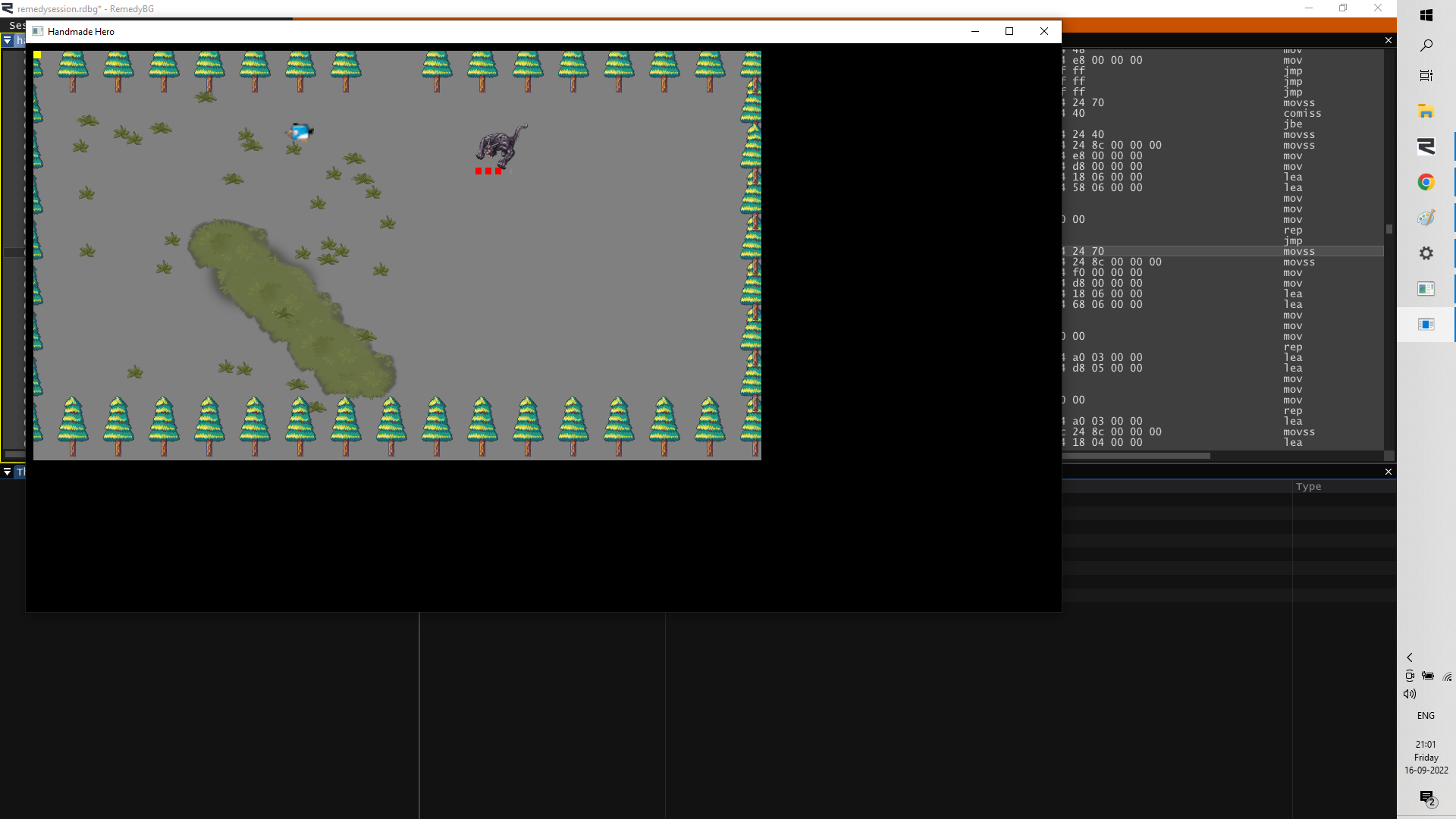 With the indices calculated separately 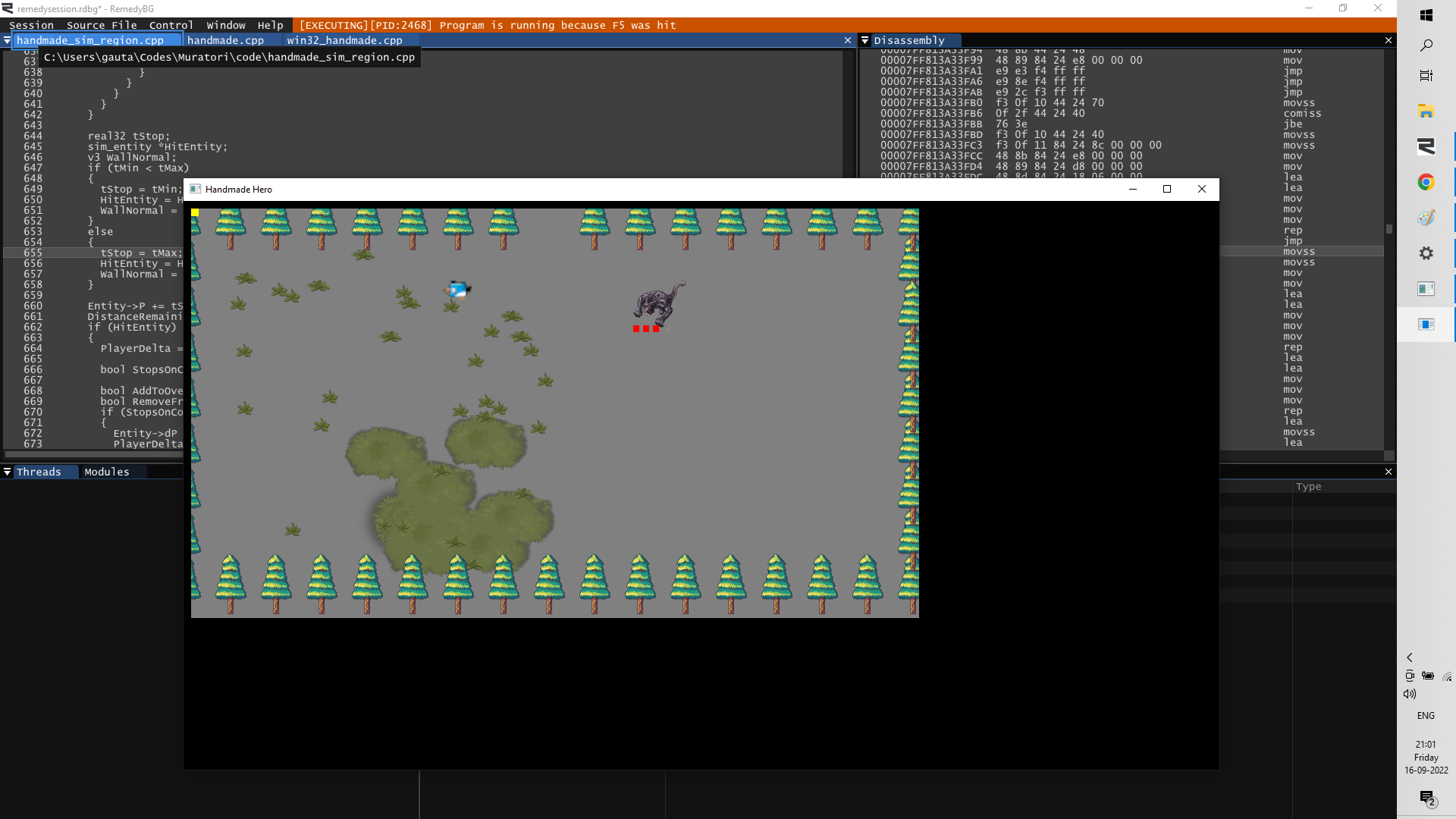 Thankyou for explaining. I did set a breakpoint there and try to figure this one out but I didn't even suspect that the value of RandomNumberIndex++ itself could be the culprit. Nor would I have had any clue about how to look at its two values in the same expression. And separating it out from the expression would have made the bug disappear 😅.

I wouldn't have figured this one out without your help.