A blue blurry familiar, a monstar with a tail and a hero with hands and a spear. 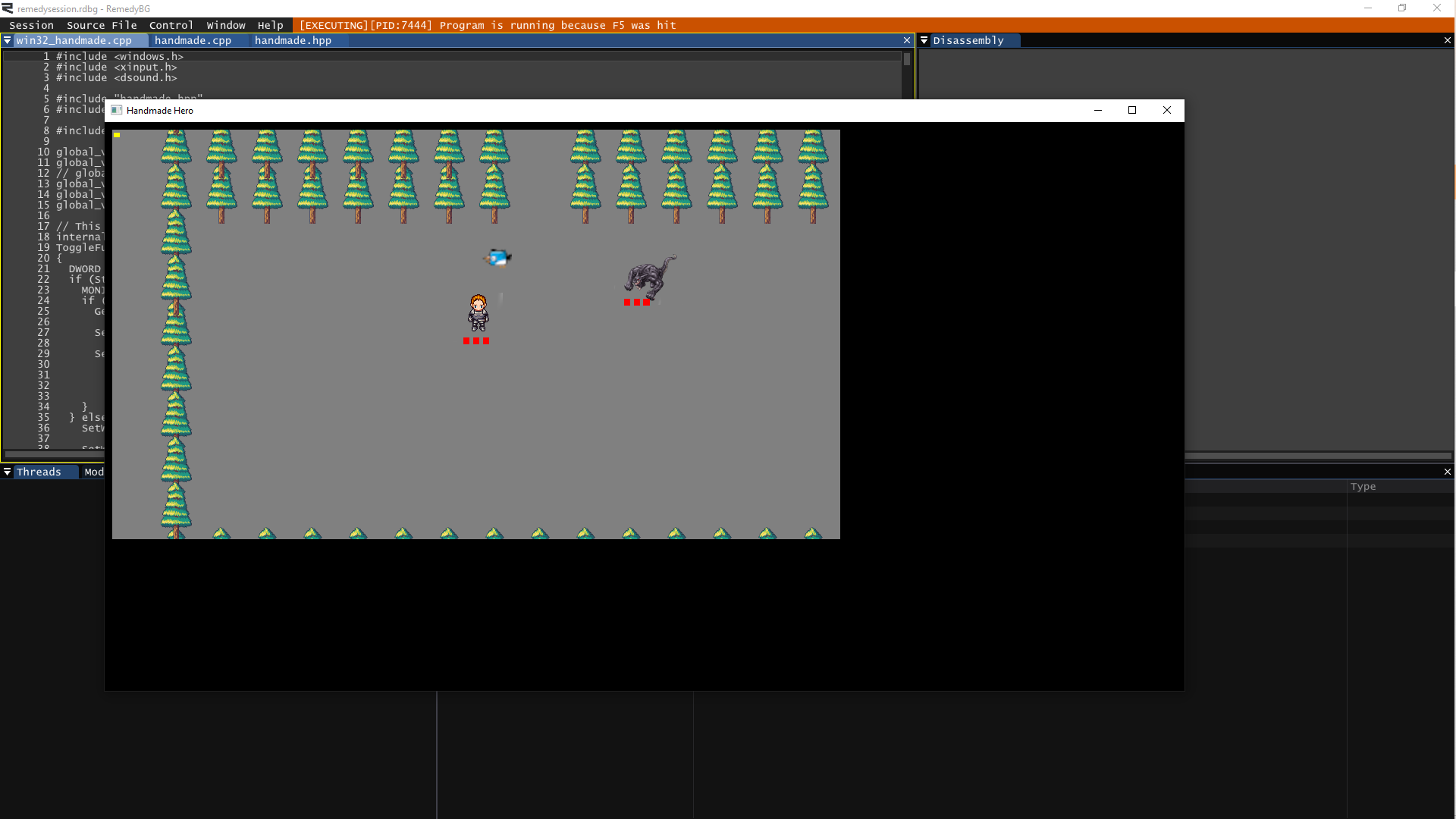 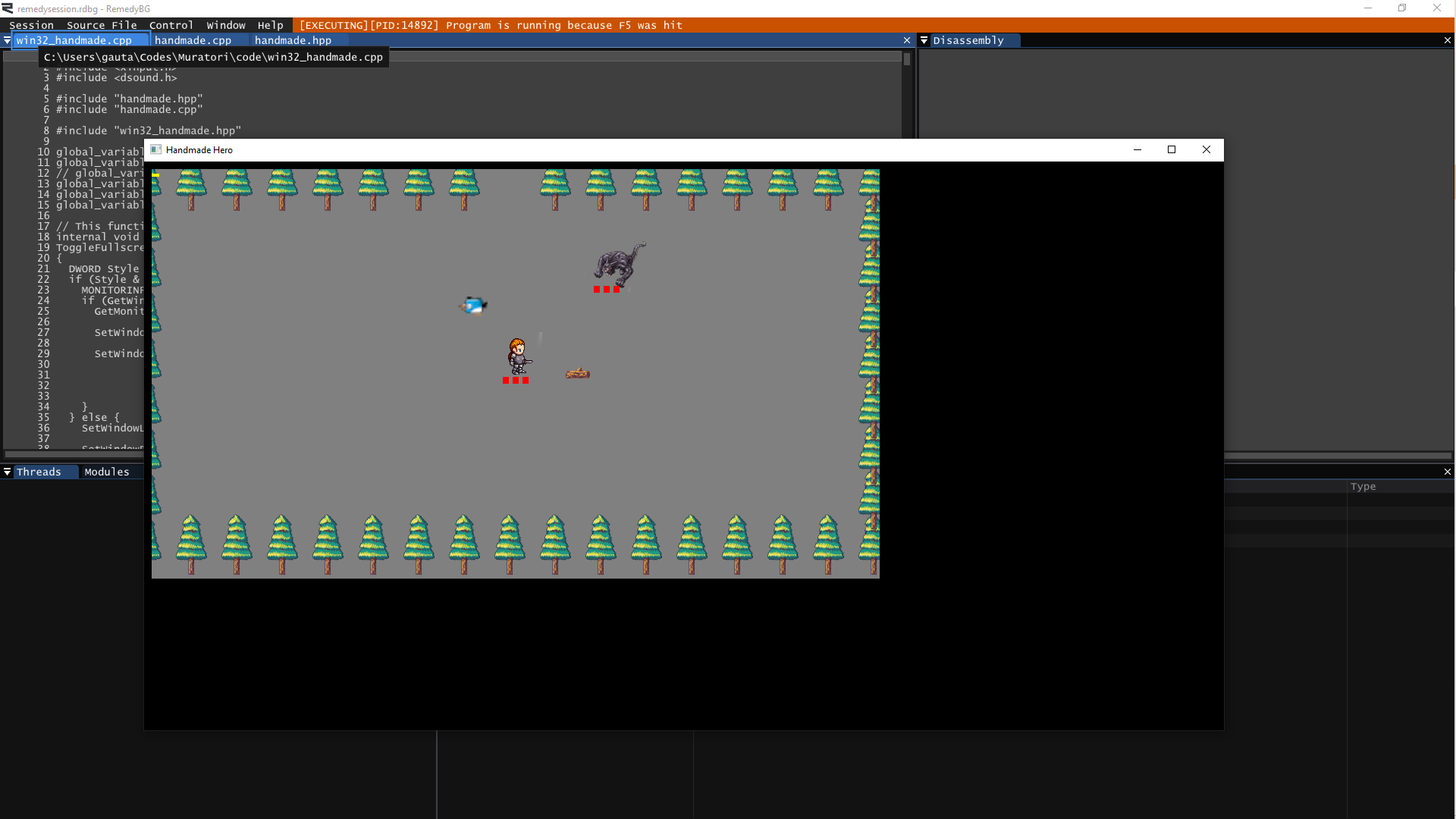 I didn't implement the jump code because Casey Muratori said it was throwaway code and now I'm starting to fear he will keep it in till the end of the project :P. Also no shadows. I have learned to do everything he does, even if he says its just a throwaway thing now.

I am pretty sure that if I tried to remake everything to this point without looking at the tutorials, I will not be able to. I guess Ill just have to redo this a couple times till I have it all memorized and then Ill be able to make changes of my own volition 😅.

The funniest experience I have had so far when he implemented the Hash based storage. I think he had said something like, the hashmap is pretty easy to implement and there is no huge memory management problem the way he showed to do it. I copied that code by watching the youtube video. And guess what. I still made a memory bug. I don't quite remember what I had messed up but I was overwriting the blocks in the chunks instead of creating new ones after two blocks. It took me hours with the debugger to figure that one out. I am amazed at how he spots problems before I even see the line he is stepping. He is like "AAH hmphhh! Thats not right!". And I'm pausing the stream to see what he is even talking about 😅.

But that AhAA moment that happens when I figure out a bug on my own in this codebase... its unmatched with anything I have ever felt with javascript.

I am pretty sure that if I tried to remake everything to this point without looking at the tutorials, I will not be able to.

If you remember a little bit the high concepts, trying to redo it only by looking at the documentation is a good exercise.

Yes, I have to do that. I will start once I have the first 100 episodes done.

Congrats on getting as far as you have. As far as good practice for learning I definitely think recreating the game as much as you can without following along with the videos would be helpful. Like Simon touched on the biggest thing is to just make sure you understand the bigger higher level concepts and don't get too bogged down in the details (such as all the little things involved to get the OS layer to work and things like that).